A few times a week I am asked questions from on Instagram, generally via my stories, on all manner of topics. I have been collecting them for a few weeks now to put together a little post with some of the more frequent ones I receive.

Why do you homeschool?
This is a long, oddly personal question for me that has multiple facets, many of which come down the timing. So going back in time for a moment, 5 years ago my first husband, Michael, died, which was obviously very traumatic for our family. We had recently completed a divorce but had full joint custody of our children. I was in college at the time and my eldest was literally just a couple weeks from needing to be enrolled in Kindergarten as they were aging out of preschool.

Preschool had been really hard on them, an introvert like me through and through, large groups and being left alone by parents was already distressing, add to that one of their parents suddenly dying and all that was amplified a thousand fold. Michael and my original plan had been to enroll them in a small local Waldorf school but the money for that was suddenly, well, just not there. I went to the local public school seeking other options and I knew from the moment I stepped in that it wasn’t the right environment for my eldest. A councilor at my community college tuned me into the idea of homeschooling and it seemed like a no brainer at the time once I overcame the initial fears of royally screwing up my kids (to be honest I still do worry about this! But I think all parents do, homeschoolers or not.)

I dropped out of college and started my business so I could be home with my kids and homeschool them. Initially I only intended to do it for a year or two as you aren’t legally required to have children in school (or file the paperwork for homeschooling) in Washington state until they are 8, but it has been five now, and we couldn’t be happier. We are closely connected with several other local homeschoolers whom we meet up with all the time and love the flexibility to live our lives on our own timeline. And since someone always asks, yes if my kids asked to go to public school, I’d let them, but they haven’t. I will homeschool them for as long as they wish to be homeschooled.

You mention your first husband sometimes, but never elaborate?
I often get some version of this question when I mention Michael. I don’t elaborate for multiple reasons, but mainly because it is my past, and I don’t feel like sharing a lot of it because there is pain there. It is hard to talk about nine years of difficulty, of emotional and physical abuse, the evil places untreated mental health problems can lead, of leaving someone you once loved, about suicide… in a public sphere. Perhaps I will elaborate more some day, but not today.

So Caswallon isn’t your children’s real… 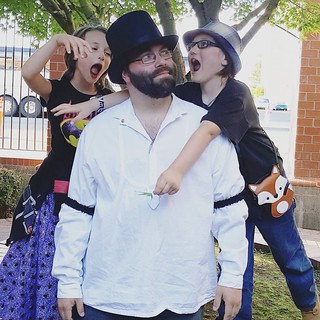 My current spouse, Caswallon, is OUR children’s father. No biologically maybe, but he formally adopted them in 2017 and is possibly one of the greatest dads I have ever met, never once treating the children as anyone’s other than his own.

How do you make a sourdough starter?
I didn’t actually make my current starter, I asked a friend for some of hers after my old one was neglected in the back of the fridge for a liiiittle bit too long and died. She brought me a few tablespoons of hers and that was all I needed! The one that suffocated lost in the back of my fridge though, I also didn’t make! I bought at a local food co-op and was from Cultures for Health. Several years before that though I DID grow my own from scratch, it is not hard as long as you have some patience, kitchn has a pretty straight forward tutorial. Seriously though, start by asking around with friends or online, you might be surprised how many people keep them, and since you have to feed and active one every 12 hours there is always plenty to share!

Do you bike EVERYWHERE?
No, but I bike most places! Even in winter, I have studded tires for my bike. I also use the bus, and I sometimes am offered or barter for ride from vehicularly inclined acquaintances, family, and friends. If we want to go on a roadtrip further away, I rent a car, though my kids are old enough now that the idea of bike touring is beginning to be an exciting concept to them. Next summer we might do a short one. I’m not opposed to getting another car at some point, I just want to have my finances truly back in order, and save up, and have it be the right one for our life. I grew up in Europe, and I know the whole biking thing is really weird to a lot of Americans, but it feels completely normal to me.

How did you get into foraging?
Being poor! I know that sounds like an off the cuff answer, but it really is the truth.

The first few months after my first husband died were really really hard. Not only the trauma of his death, but the financial damage too. I made many decisions that, in retrospect, were very poor ones, mainly linked to my inexperience at handling money, and also ones made through grief rather than logic, several of the poorer decisions I am still recovering from.

Some months after Michael died, I had dropped out of college and was recovering and learning to homeschool and getting my business off the ground, my then boyfriend (now husband) Caswallon was between jobs, and money was really tight. I was walking to the grocery store with literally a handful of change I had scrounged to buy a box of mac and cheese for dinner, and I walked by an apple tree. The apples were literally falling right on the ground and rotting and it seemed so wasteful to me. There was a person weeding the front garden and I asked them if I could pick their remaining apples and they were more than happy to let me! I brought them home and made applesauce (and mac and cheese) with my kids. I had to google how to make applesauce as I had never done it before! 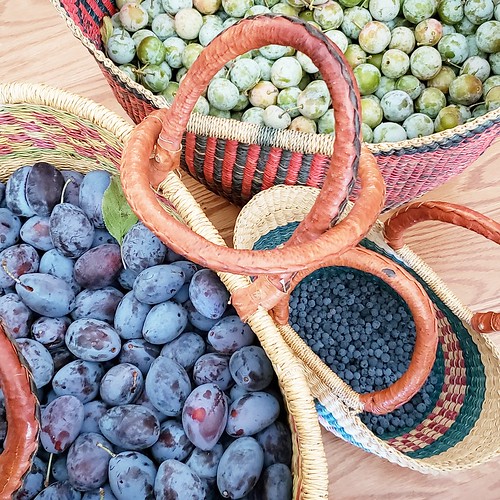 I would not have even thought to forage had I had more money in the bank at that time. After those apples though, I started to see opportunities to forage everywhere. Blackberries along the river, mushrooms in the woods, many of the herbs I purchased just growing in ditches as weeds. I checked out books from the library on plant identification and preparation to teach myself. I can afford to buy many of these things again now, but I still forage because it has become something I am passionate about and I connects me with the seasonal cycles of the Earth and within myself.

What is your favourite thing to forage?
It changes seasonally! I love seeings the first dandelions in the spring and adding their greens to salads and making fritters from their flowers. I love making a tincture from balsamroot arrowleaf every other year to preparation for the next winter’s colds. Violets in the early summer are one of my kids’ favourites, but for me in early summer nothing beats finding morels in areas ravaged by the previous year’s wildfires, they are a sign that even from devastation, healing comes. Late summer into autumn is the queendom of foraging, plums, blackberries, mullein, salmonberries, elderberries, apples, hawthorne, nettles, roses and then later rose hips, dock, yarrow, oregon grape, and chamomile. GRAPES! Later this week a friend who has a lawn care business is bringing me a bunch of grapes from the home of one of his clients who doesn’t eat them. I am excited to make juice to can. Even in winter you can dig cattails if you mark them in the autumn, but I generally reserve winter for slower activities like knitting, making salves, art, processing dried herbs, sit down homeschooling and so forth. While I don’t have a favourite though, I have yet to successfully harvest mountain huckleberries, so that is a current goal I am chasing. I also forage some roadkill, but perhaps that is a topic better left for another time. 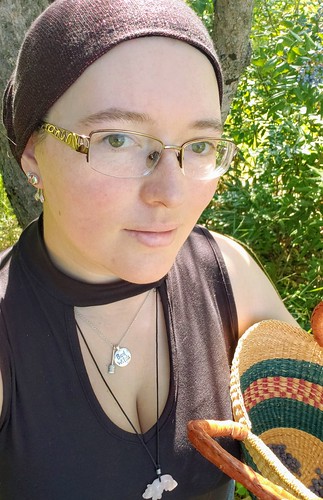 Why do you chose to live the way you do?
Sometimes people ask me this in scorn because my life is weird, but more often then not, it is in curiosity, and my honest answer is, because this is what I am meant to be doing.

There are days… oh my goodness there are days… when I am ready to surrender to the box society has waiting for me, where I am made to tame myself into a 9-5 working under someone else, to have the security that comes with a biweekly paycheck and none of the stress of running my own show. I can survive that, I have before, but my heart is just truly called elsewhere, and the disapproval of society aside, elsewhere is where I chose to walk.

I want my life to be lived in honour to that which I hold dearest, which for the moment is myself and my family, my goddesses, and the divine purpose they have guided me to work on. It isn’t all lightwork and peace, actually largely it isn’t! It is mostly rolling up my workaholic selves and getting into the thick of it, connecting the Earth and people, while making sure my kids don’t grow up completely feral.

Do you like what you have read here and want even more? If so I would be honoured if you would consider supporting this endeavor via my Patreon. Even a dollar gives you access to extra content that helps me decide what kind of crafted words or art to put together next.