The rune Gebo is usually translated as gift or generosity. As far as the rune poems can lend us their wisdom, it only shows up in the Anglo-Saxon one. 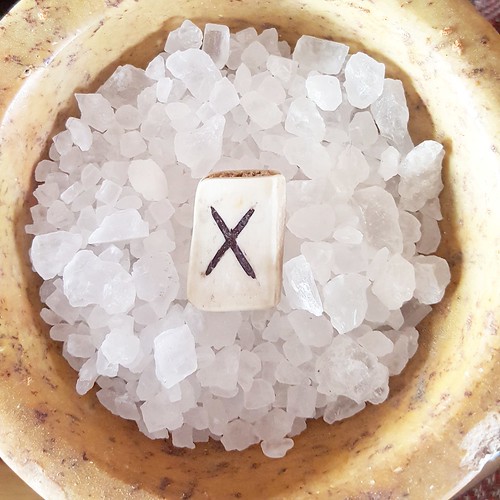 Generosity brings credit and honour,
which support one’s dignity;
it furnishes help and subsistence
to all broken men who are devoid of aught else.

Gebo is a rune of that shows the connection between people and takes our runic journey away from being a purely solitary one, to one of interconnection and community. Learning to foster meaningful connections on our life journey is a vital lesson. Gifts and generosity are important aspects of social interaction and friendship.

The idea of gifts in ancient Norse culture shows up frequently in the Hávamál, a collection of poems from the Viking age about how to live life and conduct ourselves. I must say here that I take issue with more than a few of it’s verses, and I do not take it with the practically holy-text-like-weight that some Heathens do, but I find it an interesting window into an era where the runes were better understood, and in that light, the stanzas on gifts are of use. One of note is Hávamál 39. 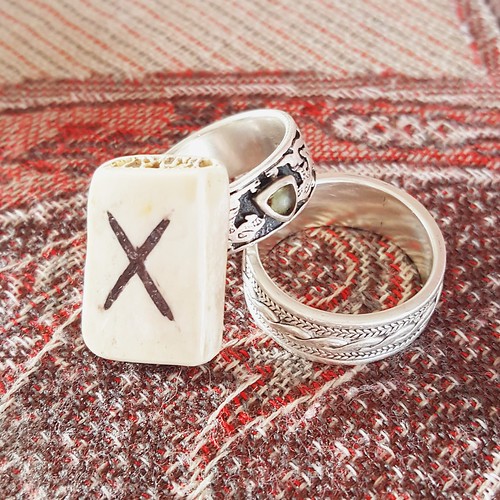 I found none so noble or free with his food,
who was not gladdened with a gift,
nor one who gave of his gifts such store
but he loved reward, could he win it.

A gift is often much more than a gift, more than the physical exchange itself. A gift shows a willingness on the part of the giver and recipient to enter into a social pact. This social pact can be a friendship, a bond between lovers, a oath or debt, or a way of showing reverence. It can be an opportunity for either generosity or boasting depending on the purpose in which it is given. Though in own modern age it might be a little taboo to see it this way, generosity is often done with the hope that good things will come to those who give. A gift is often about reciprocal exchange but the return needn’t be tangible. Advice, loyalty, friendship, love, and time are all gifts.

Gebo has also been associated with the idea of “marriage,” as a gift of one person (usually female) to another (usually male,) but I interpret it in a more egalitarian way that this. It touches on the idea that in long term intimate relationships gifts are often freely given and received between all partners. This is just the tip of the intimacy iceberg though, the concept of relationships and their many interactions will be expounded upon further as we progress in our rune journey.

In bindrunes, I have seen Gebo used in conjunction with Wunjo (the next rune in our journey) frequently to create a symbol for welcoming or attracting joy, sometimes also mixed with Nauthiz for need. I have used it with Fehu for luck and prosperity, and I sometimes also mark offerings on the altar with just Gebo as an additional act of devotion and focus.