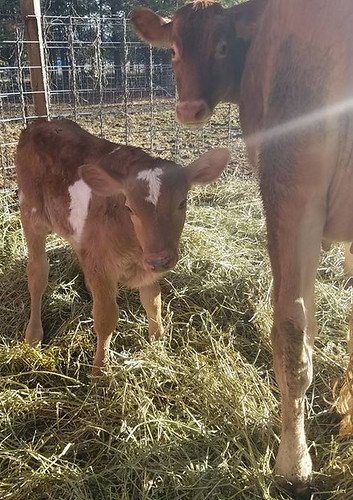 “Wealth is a source of discord amongst kin
and fire of the sea
and path of the serpent.”

The Icelandic Rune Poem references sixteen of the Younger Futhark runes, rather than the Elder Futhark I use (which has no surviving rune poem to represent it,) but I still find this stanza on fehu to contain truth for me. It holds a warning of the dangers of focusing solely on the acquisition of material wealth.

Esoterically speaking, it deals with the ideas of new beginnings, wealth, plenty, movable assets, as well as the idea of the Hamingja (a type of guardian spirit concerned with matters of luck and happiness.)

Fehu is the first rune of both the Elder Futhark alphabet, as well as the first in Freyja’s aett. It represents the physical realities of our day to day lives. In a lot of ways it is here that many people seem to remain stuck, never striving to move beyond the struggle of physical existence.

Most of us do not need to worry about cattle of course, but on a metaphorical level the farm still needs to be tended, the fields plowed, the animals fed, the cows milk, and the eggs collected. Once these chores are done though, fehu reminds us that we must find space to look beyond these mundane tasks to see what is possible. 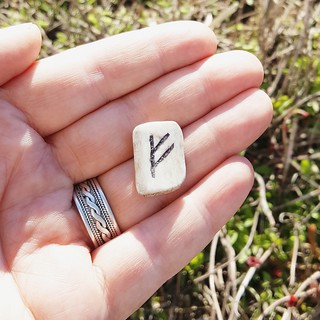 Being here at the start of the alphabet and aett, fehu also deals with the beginning of a new cycle and sets the foundation from which we can move forward. It is not as much about luxury as it is about need and the conscious use of what we have. Life needn’t be perfect to progress on the runic journey, but a stable base is important when facing the challenges ahead.

From a magical standpoint, particularly when I am making bindrunes, fehu is the first to come to mind when I think of setting goals, both the mundane and spiritual varieties. Will you spend your energy on the frivolous? Or on meaningful developments towards bettering your situation? I also find it to be useful in conjunction with other runes for focusing and gathering the willpower and focus for specific tasks that need to be done and the inward battle against procrastination.

Note: As I am rather lacking in the cattle department from my corner lot here in the city, the cattle photo in this post was taken by my friend Brianna Dirk, of two of her lovely farm inhabitants. Thank you for letting me us it!