When all is said and done with all the ways to stays warm when the heater is dead, how about replacing the darn thing? There is really no inexpensive option in this arena, so you have to figure out what is going to work best for your home and lifestyle. 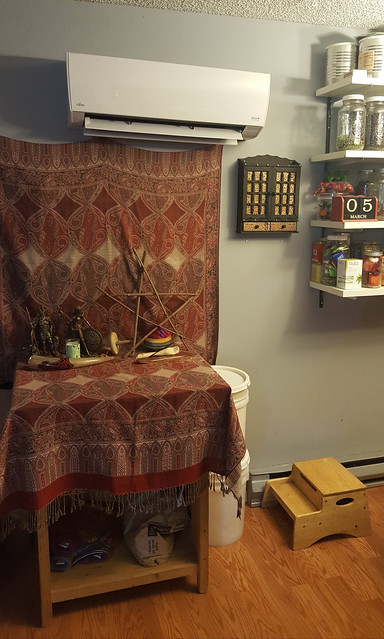 We considered going with another gas fireplace unit (one that looks like a cast iron woodstove, just gas fueled instead.) Natural gas is cheap for us and we already had the line and meter set up because of our prior unit. This was the cheapest option for us in the short term at a little under $4000. I emphasis “in the short term” for a reason though. There were long term problems with this idea. The lifetime of a unit like this is only about 10 or so years before the heat exchanger is likely to crack again, shorter if you use it heavily (as your primary heat source for instance, as we did with our prior unit) and then we are back to having to replace it again. Also we didn’t like that having a gas fireplace downstairs to heat our house only through convection always left a lot of cold area on both floors.

We considered installing a woodstove. We really liked this idea as a family who lean towards prepper practices. If the power goes, we still would have wood (this was also a reason we entertained keeping gas, as a backup for power outages.) However wood is messy and we would need a place to stack enough for winter. The pile would have to be far enough away from the house as to not invite mice or interfere with our large vegetable garden, or the rot boxes for our business. As we only have 0.17 acres this was an issue. More than all this though (because I really wanted to see my spouse shirtless and chopping wood, mmmm) we do not have a chimney, and to run one from the downstairs to above the roofline would have cost $6000 due to the path it would have had to take and the material my insurance wanted used. That is not including the cost for the pad to install for the stove on, or the actually woodstove itself. (All together over $8000.) So no woodstove. Not yet at least. We still want one as a backup option, but at this point that is a long term saving and home improvement goal, not something for this time.

We considered a full HVAC system (central heating and cooling) but that can easily top 10,000 as we have zero set up for duct work, so we quickly discounted that. Installing more baseboard heaters was also quickly ruled out because the cost is astronomical in the long term and there are no energy star rated baseboards on the market. 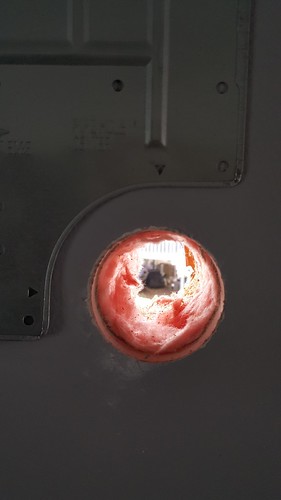 Lots of nos, not so many yes right? It is a frustrating process and we were running out of options. It was starting to look like no heating system for the whole winter. Then we have someone over to appraise for a different gas system and he suggested something I had no heard of before. A mini split.

A mini split is kind of like an HVAC system, actually they are often called ductless HVAC systems even, they are a heat pump that needs two main components, an outdoor compressor and an indoor evaporator. They are easy to install in most cases and require only a very small hole (I’ll put a picture of the hole from our install, it was about 3 inches wide) to be drilled into the wall for conduit. Ours also required us to install a 230v line (higher than the other standard stuff in your house.) Mini-splits are a possible solution for homes that don’t or can’t have ducts added and come in energy efficient models. They are also significantly cheaper than an HVAC system and can last 20 years with proper maintenance.

Our mini split system could have cost us less if we had gotten a single head unit, but since we have 1700 square feet split between two floors and both are heavily used, we went for a dual head system – one mounted to the wall downstairs in the homeschool room, and one upstairs between the living and dining room. They are Fujitsu Halcyons connected to a two ton compressor outside.

Including install it cost us $5600. In the end we did not end up having to get financing because of help from friends, and a loan from my family. Remember in my first post about heating systems when I talked about pride issues? I got over them somewhat… at least in this instance. We even had an electrician friend who did the 230v line for us. Keep in mind you might need a bigger breaker box to accommodate the 230V line, we opted to use the circuit that the previous owners used for a hot tub. (I really dislike hot tubs, so no loss for me.)

So here we are two and a half months later. So far so good? The unit is nice and quiet, the heat is consistent through the house, and I don’t find the units overly hideous. We have to make sure to clean the filters once a month, which is easy peasy, and keep snow and debris off the compressor outside, which is also no big deal. My utility bill was a bit shocking in January because the mini split does use more electricity when there is a big temperature difference between the in and outside, and our January was exceptionally chilly, but it was not as bad as my December bill using space heaters, and even when we had gas January’s bill was steeper. I do expect my power bill to go up a bit when it recalculates. (I have comfort level billing that averages my power usage over the year so that my bill is consistent and easy to budget.) This is also the first time in my adult life that I will have AC in my home, which I am pretty excited about, as our mini split does both heating and cooling.

I will have to come back and revisit this topic in a year. When I do I’ll drop a link here to talk about how things are going. Gods willing, it will be good news!

(If you live in Spokane, we used Wing Stoves for the install. They got a two day job done in one, didn’t leave my house a mess, and were very courteous and professional. I highly recommend them. One of their guys specializes in mini split systems.)

If you want to read the rest in this series, this was Part 4.
– Part 1: when the heater fails
– Part 2: what to do immediately
– Part 3:more ways to stay warm