I’ll be getting back to my heating system replacement saga next week, but I wanted to write something a little less planned this week. 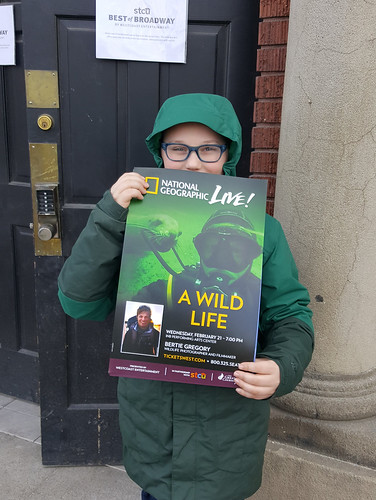 I took my nine-year-old to his sixth National Geographic Live show this past week, and as always, he adored it. This time it was a little extra special too! I got a phone call the following morning from a lovely person from West Coast Entertainment who saw one of my tweets celebrating our latest trip to the show. They asked if maybe he wanted some of the extra posters and stickers from the show. Heck yes!

Just when I thought his bedroom walls could not show his love of National Geographic even more. He had to pin his program up with his new poster this time though because we waited around after the show to get the speaker’s signature. He plans on taking the poster for the next show with him in the hopes of getting it signed too. My kids, a Nat Geo groupie. Definitely worse things for him to get into!

If you haven’t been to one, National Geographic Live is an in-person presentation from various people who are in some way tied to National Geographic. This most recent one was Bertie Gregory, a film maker and host of wild_life, but two others that pop to mind for me were Charlie James’s talk about how he bought a rainforest and the complexities of conservation, and Hilaree O’Neill’s presentation about her team’s first ascent to the summit a mountain in Myanmar (don’t ask me to remember the name!) My eldest in particular previously loved one of their presentations called Ocean Soul where Brian Skerry talked about his thousands of underwater hours as a photographer and the importance of marine conservation. 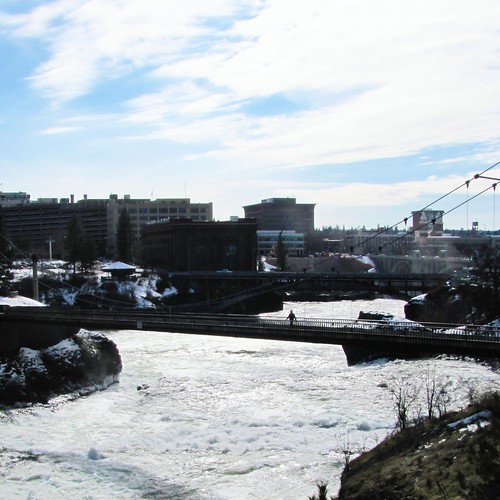 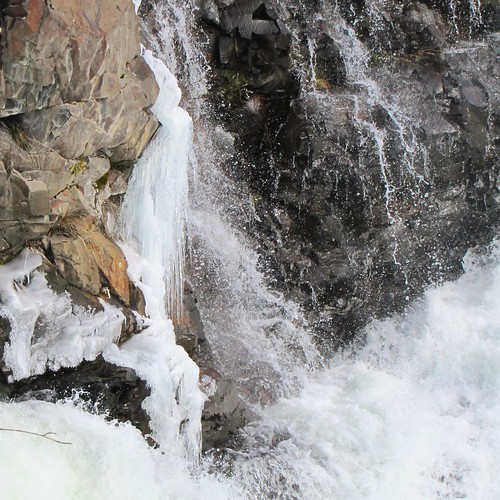 (A couple photos my son has taken recently, you can check his instagram at Nature Surprise!)

I am grateful that we have such great presenters and shows come through Spokane and that I have the opportunity to take my child to something he feels inspired and excited by. It is because of these shows (particularly Ocean Soul) that he has started to develop a passion for photography – a passion helped along by my father sending him an old Canon that goes everywhere with him, and a dear friend willing to give him pointers as he practices. He is also learning a little bit of budgeting skills because he wants a new camera, but he is having to save for it.

Something I did not expect from this introverted eldest of mine is his growing love for story telling and the idea of being a photojournalist. His interest in the rest of the world has grown. Will he work for National Geographic someday? I would not put it past him, but even if he doesn’t, the inquisitiveness he is cultivating now, in part because of his exposure to these speakers, and the support of friends and family, and I like to think my parenting style as well, will serve him the rest of his life.

Anyhow all this to say, if you have a chance to see one of the National Geographic Live shows, definitely seize it. It is well worth the budget space. The next one is on March 28th and will be a talk by Terry Virts, an astronaut!